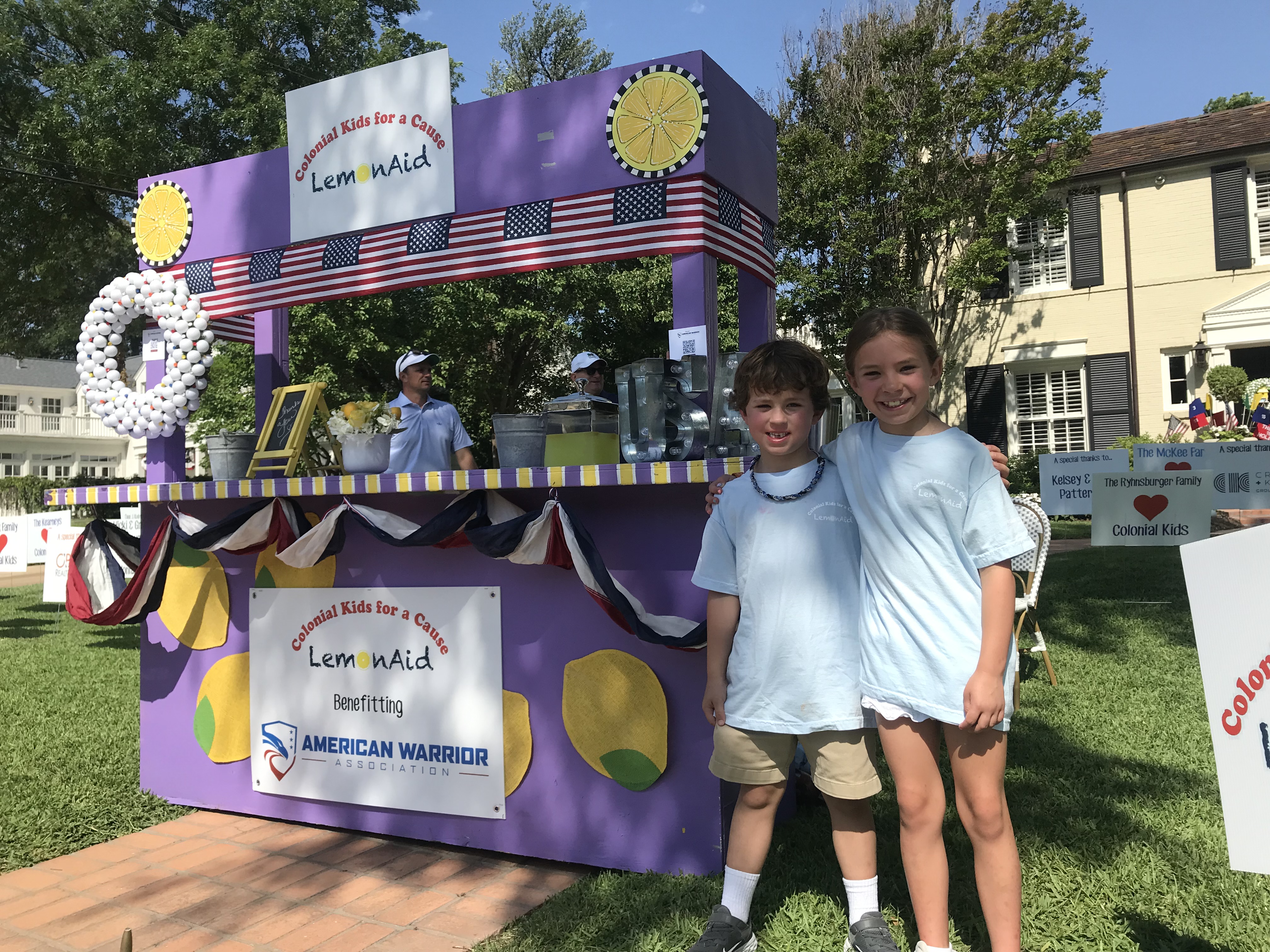 Photo: The Colonial Kids for a Cause LemonAid stand was attracting plenty of donations on Saturday.
A slice of Americana – the kids’ lemonade stand – is alive and well at Colonial, and it has become a beloved and thriving charity.
Located a block from the clubhouse on Colonial Parkway, the Colonial Kids for a Cause LemonAid stand is expected to raise more than $120,000 this year for the American Warrior Foundation.
The stand started just as you might guess: about 15 years ago, Scott and Michelle Marlow’s sons wanted to make some extra toy money, so they convinced their folks to let them set up a lemonade stand in their front yard. Fans couldn’t resist the cute kids and would drop in generous tips. Even the occasional PGA star would come by. Jim Furyk tipped them $50 one year, and Phil Mickelson gave them a $100. As the stand grew more popular and neighborhood friends joined in to help, the Marlow boys decided they wanted to “do something good with this money,” Scott said.
For the last 12 years, the kids have gotten together, researched, and chose a worth charity – they’ve helped fun therapy dogs and a rec room at Cook Children’s Hospital and donated to the Gary Patterson Foundation. The LemonAid stand has grown so much, that the kids now have upwards of 20 charities pitching them for help.
This year they decided to donate the money to the American Warrior Foundation, which helps support military members and veterans, and first responders and their families. The money doesn’t all come from lemonade, though. Many donors (individuals and businesses) contribute $250 to get a sign in the Marlows’ yard supporting the charity.
On Saturday of tournament week, the kids buzz around the neighborhood in golf carts and offer fans rides to and from the clubhouse area and they earn generous tips that way, too. And Michelle said that this year an anonymous donor will match, dollar for dollar, the amount raised at the stand and through all of the tournament-related efforts. The charity has been around so long now that it is now being run by a new generation of kids.
The Marlows’ oldest son is 23, but he comes back to help out each year. Early Saturday, PGA Champion Justin Thomas dropped by, and even though he missed the cut, he didn’t want to miss the chance to drop a very generous donation in the tip jar. Here’s hoping more pros will follow his lead and quench their thirst after Saturday’s round with a trip to the LemonAid stand – and a big donation to one of Colonial’s sweetest traditions.